Gaining Traction: Standing in the Shadow of AI

(Want to get insights into emerging tech on a more regular basis? Sign up for the official Traction Report newsletter here).Please participate in a mini-survey about automation of jobs by AI and robots in the next five years, here.Traction Report is publishing Gaining Traction reports for the most critical emerging technologies, such as AI, cybersecurity, data and analytics, cloud, and others. This is the second in the Gaining Traction in AI series. We’ve already posted Gaining Traction in AI: The Economics of AI. Other planned posts in the AI series are Trust and Transparency, Machine Learning and Data: AI is the Engine and Data is the Fuel, and AI Hardware: Gearing Up for an AI-Everywhere Economy.

The Shadow of AI

One of the inescapable themes in the discourse about AI is people’s unease. There is a palpable fear about the rise of AI, robots, and other AI-inhabited gizmos, as shown in the recent findings from the Pew Research Center, as reported in Automation in Everyday Life.

In the chart above, you can see that Americans are worried about AI taking over ‘human jobs’, evaluating and hiring job candidates, robots becoming human caregivers, and the imminent roll-out of driverless vehicles.It’s worth noting that the application of AI in hiring is not an issue for the future: AI hiring algorithms are already used today in many sectors. Likewise, AI and robots are rapidly being deployed in many occupations, ranging from radiology to investment advice, and is already displacing workers. You can watch this video about Alibaba’s new smart warehouse, which led to a 70% reduction in labor, for example. And BlackRock is transitioning to AI-managed funds, as we noted in How Smart Is Smart Beta? earlier this year. Highly-trained and well-educated quants are being replaced by algorithm-driven software more capable than humans at juggling the hundreds of factors implicated in stock market valuations.In a recent deep dive into industrial automation in The New Yorker, Sheelah Kolhatkar researched robots’ impact in many work environments. In Denmark, the government-run hospital system was eager to save money and deployed small, highly mobile robots designed for warehouse use and reconfigured them to deliver supplies to doctors and nurses. It all worked, but the chief robotics officer for the project, Poul Martin Møller, did not anticipate the blowback:

The machines worked well, scuttling through surgery wings and psych wards like helpful crabs, never complaining or taking cigarette breaks. But Møller wasn’t prepared for the reaction of the hospital staff, who recognized their mechanical colleagues as potential replacements, and tried to sabotage them. Fecal matter and urine were left in charging stations.

Since then, Møller has evangelized about “change management,” and the need to handle people carefully as new technology is introduced. “As a taxpayer, here we pay thirty-three, thirty-four dollars an hour for unskilled work, like orderlies,” he told me. “Robots cost, at most, around ninety-five cents an hour. If you do the math, you can have thirty-five robots for one human. So you might as well face reality and face facts. That means you have a bunch of orderlies who need jobs.” By way of redress, he proposes using the robot-derived savings, at least initially, to retrain the displaced humans for more sophisticated jobs that the robots can’t (yet) do.

One of the findings from the Pew Research study is that Americans are worried — and not particularly enthusiastic — about the automation of work. First of all, they find the basic concept of automation of work to be highly likely: 77% believe it is somewhat to extremely likely that machines will end up doing most human jobs in the future.

And secondly, this prospect concerns them: 73% are very or somewhat worried about “machines doing many human jobs.”

Some of this may be the side effect of decades of movies like Terminator, 2001, and I, Robot, where AI is portrayed in a decidedly negative light. But the most important factor is more likely the concern about AI’s capacity to displace humans in the workplace, possibly leading to a future of widespread joblessness.

AI and Robots: the End of Work?

The concern about automation is not just a free-floating anxiety about unspecified issues years down the road. Manufacturing jobs have already fallen to less than 10% of all American jobs over the past few decades, and the displaced factory workers have moved to service sector jobs with worse pay and benefits. This is all around us.Today, retail work is being hammered by the rise of online retail, with major chains failing or contracting, and the roll-out of ordering kiosks at McDonalds means that even fast food jobs may no longer be available. And automation just keeps coming . The soon-to-come explosion of driverless trucks and cars, for instance, is projected to put millions of jobs at risk, in an industry where “truck driver” is the number one occupation for men in many states.A hugely telling story from the energy sector (as recently reported by Scott Santens) demonstrates what is already going on. U.S. crude oil production trends show clearly that “roughnecks’”— the workers who drill oil on rigs — are being displaced by robots, powered by specialized AI.In the chart below, you can see that oil production has risen steadily over the past year, as demand has risen and rigs are being brought online to supply crude.

But, labor in the sector has remained flat over the same period, as shown below.

The divergence of crude production and labor in this case is the adoption of automated drilling rigs, which can reduce the number of drilling crew by 40% to start, and maybe as much as 75% as more AI-powered rigs are rolled out on established, older wells.We can hope that those formerly working on the rigs will be able to find work in the growing wind and solar side of the energy sector, since the skills line up fairly well, but we might also conjecture that robots might be able to help in those sectors, as well. As soon as there is an economic downturn in solar or wind — like the one that hit the crude oil fields — companies will turn to automation to trim their margins. So even if that work is available now, it may be one boom-bust cycle away from robotification.Other evidence suggests that robots eliminating one sort of labor does not lead to offsetting employment elsewhere. The general trend has been well researched: Daron Acemoglu and Pascual Restropo’s Robots and Jobs, distilled hard data from U.S. labor markets. Their bottom line:

The authors did not find evidence of growth in new jobs elsewhere, and the impact is disproportionately impacting manufacturing jobs, particularly for men. As the authors state,

We also document that the employment effects of robots are most pronounced in manufacturing, and in particular, in industries most exposed to robots; in routine manual, blue collar, assembly and related occupations; and for workers with less than college education. Interestingly, and perhaps surprisingly, we do not find positive and offsetting employment gains in any occupation or education groups. We further document that the effects of robots on men and women are similar, though the impact on male employment is more negative.

Don’t think that white collar work is immune to these disruptions. As we explored in How smart is Smart Beta back in June: BlackRock, the world’s largest hedge fund, transitioned control of $30 billion in actively-traded funds from human quants to AI-driven algorithmic models. As a result of the restructuring, seven out of 53 stock pickers left the firm, and at least 36 other employees “connected to the funds” were let go.The implication is clear: once AI can learn to balance the myriad factors in, for example, stock trading, soon they will perform better that their human counterparts, and with an enormous cost reduction. This is true in an area where we have relied on well-paid humans with deep expertise and years — decades — of education and training.

One side effect of people’s qualms about AI, I believe, is the desire to create distance, and one way to do that is to start with the assumption that AI’s rise will be somewhere in the distant future, a comfortable way off. But there is a great deal of evidence to suggest otherwise, and to lead us here at Traction to believe that automation from AI and robots is happening faster than many assert.Because of what is actually happening today, we believe there is little to stop AI and robots from streaming into every potential niche in the economy, so long as these three factors hold:

The reality is that individuals have little or no defense from getting caught up in this trend. Deep experience and specialization of skills won’t guarantee our jobs, and as people are displaced from traditional occupations, there seems to be little evidence that new occupations are arising to reemploy those dispossessed of their livelihoods. We can only hope that as our jobs become automated, it will open the door for new industries to emerge where humans can get new jobs that are higher-functioning and create higher-value. Unfortunately, there isn’t much evidence of that happening just yet.Please participate in a mini-survey about automation of jobs by AI and robots in the next five years, here.(Want to get insights into emerging tech on a more regular basis? Sign up for the official Traction Report newsletter here). 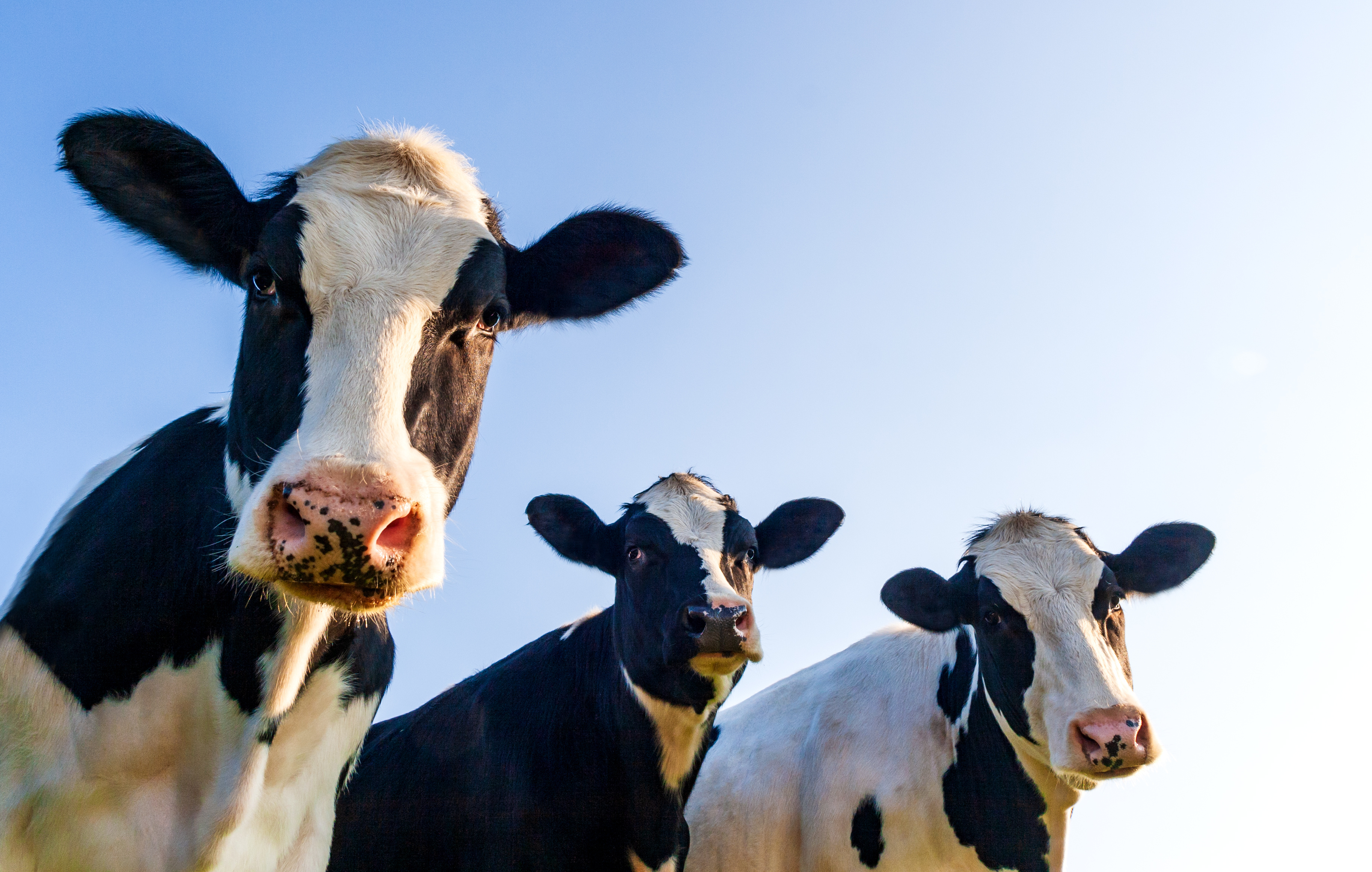